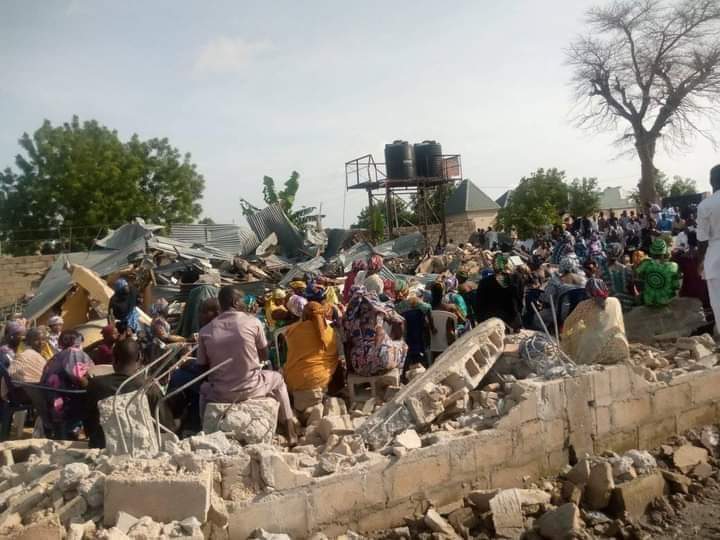 On Sunday, in what exemplified the scriptural saying that “the church of God shall march on and the gate of hell shall not prevail against it”, members of the demolished EYN church Maduganari in Maiduguri congregated at the demolished site to worship God.

In a similar fashion, terrorists herdsmen believed to have strong ties with Boko Haram have also launched a violence campaign against christian communities and churches in Southern Kaduna, killing over a hundred people and displacing over twenty thousand in the last one month.

The congregants who were seen siting on the rubbles held normal Sunday service, singing praises to God and sharing the word.

The Borno state government through one of its agencies, the Borno Geographic Information services (BOGIS) had on the 5th of August, 2021 deployed earth moving equipment to demolished the newly built EYN church Maduganari LCB in Maiduguri. Security forces attached to the agency were alleged to have Killed a 29 years old Ezekiel Bitrus Tumba and injuring five others during the demolition.

In a statement signed by the state Chairman, Christian Association of Nigeria (CAN) Borno state chapter, Bishop Naga Mohammed, the organisation said five churches have so far either been sealed of demolished by the Babagana Zulum led Borno state government. The Christian body gave the names of the sealed and demolished Churches as;

The state CAN calls on the Borno state governor, Babagana Zulum to reopen all sealed churches and to rebuild demolished ones in the state.

Borno state has been the epicenter of Boko Haram insurgency for over a decade with the terrorist group waging a ‘holy war’ aimed at creating an Islamic state in the North East and other parts of Nigeria.

The group has been accused of abducting christian school girls and sometimes forcefully converting and giving them into marriage to terrorists in the bush.

A typical example is Leah Sharibu, a Christian school girl abducted in Dapchi Yobe state in 2018. Leah was reported to have given birth to a baby for her terrorist husband in the year 2020.

Last week, Ruth another Christian school girl abducted from Chibok in 2014 reunited with her family after seven years in captivity. Ruth returned converted and with two children she had for a Boko Haram fighter while in captivity.

The attacks on churches in Maiduguri is perceived by many as another attempt towards frustrating the growth of the christian faith in the area which is in tandem with Boko Haram’s jihad.

In a similar fashion, terrorists herdsmen believed to have strong ties with Boko Haram have also launched a violence campaign against christian communities and churches in Southern Kaduna, killing over a hundred people and displacing over twenty thousand in the last one month. 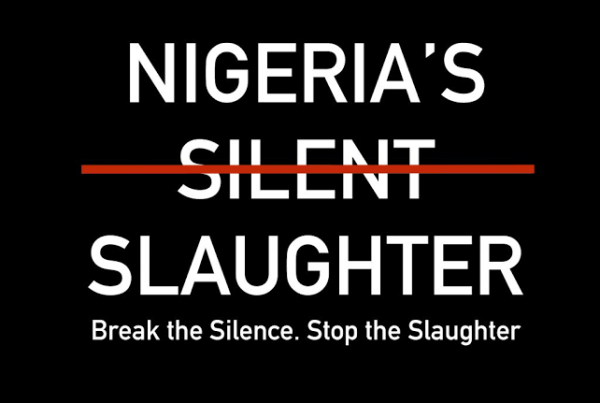 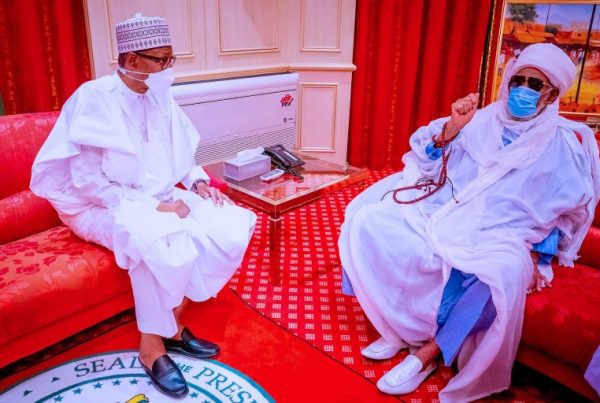 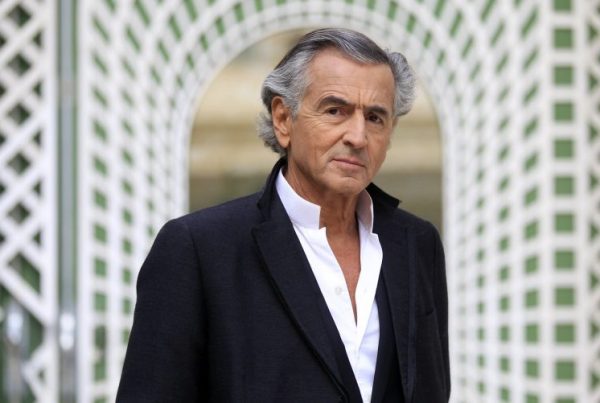